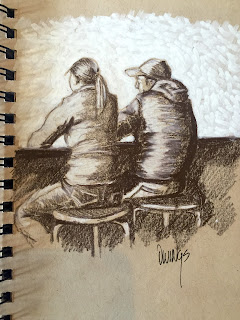 It's been a while since I posted a new entry on the blog, exactly 45 days. Too long. Well, it's been a busy autumn here in the upper Midwest. The kids have all gone back to school, the leaves have turned and fallen and the days are much shorter now.

As the holidays approach and we settle in for a long winter, it's time for me to finish some of the projects I've had lingering for a while.

I've been working on a project for a sketchbook company for the past couple of months and nearing the finish line soon. I'm looking forward to the end result. I can't say much about at this point, but stay tuned, I think you'll find it interesting.

I've also been working on a graphic novel with several partners and need to get back to work on that. On top of those things I'm woefully behind on reviews for my YouTube channel. I miss doing the reviews, but unfortunately work and other life events have taken up most of my spare time these days.

Still though, I make time to sketch and these are a few of the sketches I've been working on lately. I have mostly been doing people sketches and enjoying the peace that drawing brings to me. Almost every Saturday I get together with my friend and fellow Artist Larry Ehrlich. We are sometimes joined by other Sketchers and it's good to be around other creative people.

Oh and we had a little election here in the USA. It looks like President Trump will taking over in January and no matter which way you voted, it's going to be a very interesting four years ahead. One thing has become very clear, America is deeply divided. Ideological differences have driven us apart and suggests we will spend more of our efforts looking at that which divides us rather than that which unites us. I think for some people that is much more depressing than the election results. 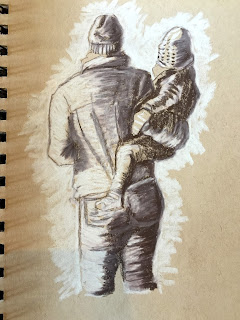 Nevertheless we endure. We move forward, hopeful that better days will greet our children and our grandchildren. Despite all of our differences we share so many things in common and I'm hoping our country will move back in that direction, that we will heal.

One thing I know to be true is that people have a responsibility to make their voices heard. We have an obligation to use whatever talent God has given us to make a positive difference in this world. If the Trump Presidency turns into the Trump campaign, more and more people will speak out against it.

I believe most Americans voted against the political establishment, not in support of racism, bigotry or misogyny. Trump ran as an anti-establishment candidate and many people were willing to overlook his sometimes hateful rhetoric. Let's work to make sure that hatefulness doesn't carry over and bring shame and disgrace to our nation.

Maybe I'm too ignorant or old or stubborn or Irish to keep my mouth shut. History will judge us all. 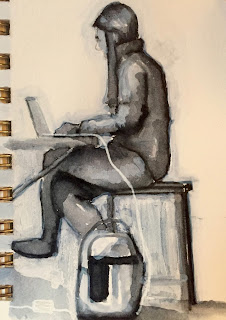 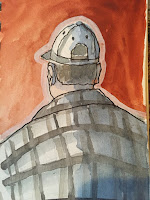 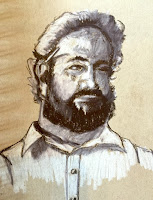 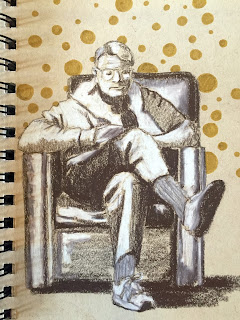