I recently bought several small paintings from my friend  Stuart Loughridge. You may or may not have heard of him, but I'm confident that your children and grandchildren will.
Here is some of his work. I encourage you to read the rest of this to learn more about Stuart Loughridge.
Stuart is a throwback and quite possibly the worlds most interesting man.
It's as if he stepped into the twenty-first century from a time portal. It is as if he's from an era when Artists were also Master-craftsmen. When they had to stretch their own canvas, make their own paints and build their own frames. It's as if he is from a time when selling your paintings was a means to an end and not an end in itself.
Among his many talents are pencil and ink, watercolors, oil paintings and copper plate etchings. He has carefully honed his skills over years and years of toil. Mistakes are lessons and failures are the necessary stepping stones on the road to mastery.
He apprenticed, in his father's studio, no doubt learning from a man who has achieved his own mastery. Leon Loughridge is a very successful and accomplished painter and print maker and much of that DNA was clearly passed to Stuart.
http://www.dcartpress.com
Mastering his craft is part of Stuarts process, one that seems to drive him to seek greater heights.
Stuarts studio is a workshop, and there among his press and easels, he builds his own frames. He builds them with an old-world mastery that has all but disapeared in todays mass-produced market. And he dedicates himself to this task with a passion and drive that have made him a much sought after painter.
When Stuart decides to create a painting, he is meticulous about the process. He may start with a graphite, charcoal or ink sketch, followed by a watercolor and tonal study. He may execute several smaller oil painting studies in order to find the right composition and values. Always working, always searching.
If a piece warrants it and he feels it speaks to him, he may create a copper plate etching and make prints from it. This is yet another art form, an outlet for his expression and another he has mastered.
Whenever I stand in his studio and look around, I think I can see things that might be overlooked by the untrained eye. Everywhere around me there are clues to his passion and his process.
There are small, nondescript sketch pads filled with thumbnails and notes. There are studies and unfinished pieces. Everything is perfectly, maticulously organized, but not to the untrained eye. To the untrained eye, it might be, "messy", to me it is genius unfolding.
It's as if I am in the house of Sherlock Holmes or Albert Einstein or Beethoven or Edward Hopper. Bottles of strange gold liquids stand on a workbench. Nearby, the shelves are filled with old books about art and artists.
Among it all, there is a sense that I am standing in history. I have gone back in time and then all at once I am thrust into the future. Art historians and critics gather with auctioneers and the wealthy. They are there to see Stuarts work and discuss its greatness. And those that can afford it, want to own it.
Like any true master, he relentlessly studies the subtle nuances of his craft. Once you reach a certain level of greatness, it seems that further mastery must be attained in the margins.
It might be easy to read this and assume that Stuart is an old man. A man who has spent his life devoted to a singular purpose. You'd be right about the second part, but as far as I know, he's not even forty years old. All the more reason to see him for the genius his is.
Stuart isn't pretentious about his work, although he'd have every right to be. He's not outwardly insecure and doesn't bother much with worry it seems. It's like meeting a Major League baseball player whose proven himself great and doesn't need to brag about it.
As he explains the process of a particular oil painting to me, his piercing blue eyes grow brighter and his words are chosen carefully, but they are unrehearsed. He is concise and clear. I understand what he is telling me, but I cannot hope to duplicate his work.
If I lived a hundred more years, I might never attain the consistent mastery this man possesses. As I stand listening to him, I almost feel like a kindergartener in graduate physics class.
Stuart and I are friends. I can appreciate that much for sure and I can learn from him. Until I learn more, I will let his work finish telling this story.
http://www.stuartloughridge.com 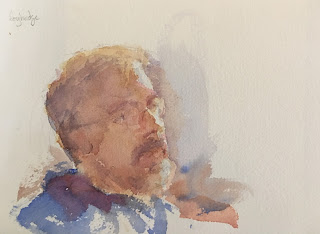 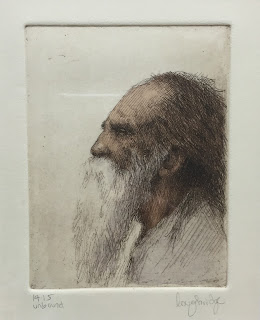 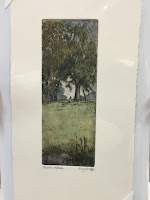 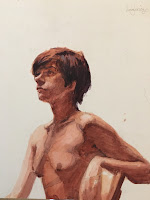 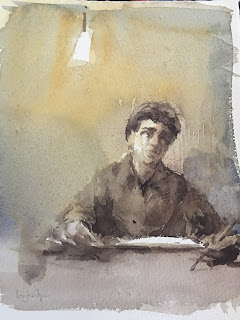 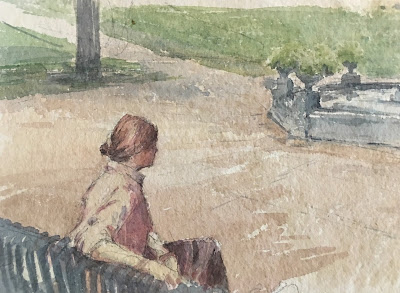 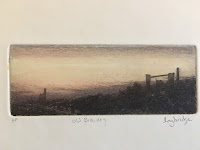 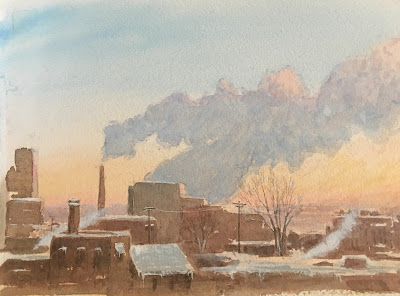 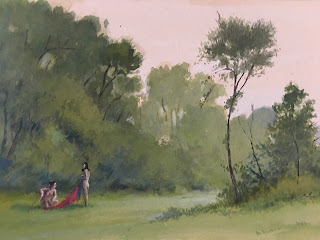